A man, a musician, an artist

Genuine, authentic, generous and supportive..., the genius with more magic of the music of our time. Virtuous on the keyboards, powerful with his voice and with an exquisite sensitivity conveying emotions flowing through delicious compositions performed masterfully. Stevie Wonder is much more than a musician, is a reference to the music of the 20th-21st century and point of inspiration for new generations create music with soul. Throught this web we only try to announce the musical excellences of this man, Stevie Wonder. In his long musical trajectory he has left one to us without end of songs and compositions.

Pioneer and visionary of music, Stevie Wonder is the first artist to put the single and album simultaneously at number one on the charts of sale, besides being the youngest person to get it. He is also the first artist in history to reach at the same time the number 1 four different Billboard charts with a song. They are 60 years creating music have seen rewarded with numerous numbers one. A good number of videos that we have been compiling both alone and accompanied by great artists. In the same way a privileged place in the most important lists of the whole world, like the Billboard, 25 awards Grammy and especially the respect of the industry of the musician and the public in general.

New times began for Stevie Wonder in this new decade. Overcoming the health problems with the kidney transplant, it could be seen in 2020 distended with his sons Kailand and Mandla on the cover of Odda magazine. He previewed us two new songs; "Where Is Our Love Song" and "Can't Put It In the Hands of Fate". In 2021 he collaborated with Elton John on the duet "Finish Line", and at Global Citizen Live we were able to listen to two other new songs; "The Living Killing Life", and "This I Know", and again a Stevie Wonder always supportive, did present us at the Microsoft Theate in L.A. the 23rd edition of House Full Of Toys after the 3-year impasse for his kidney transplant and the COVID-19 pandemic.

For this 2022 we finally expect the greatest of the gifts that we all want, the publication of his new musical project that will surely immerse us in authentic magic, of which only a genius like Stevie Wonder is capable of providing us.

Stevie Wonder is a gift of the gods.
A May 13, 1950, and like a as if he were a messiah of music, there was a being that would enlighten and lead the way of the most popular and universal cultural events, the music. Stevie turns 72, but his spirit has not changed. He is a musician and above all a generous man, who continues to preach his message of peace, love, and help through music and his generous actions.
No doubt, Stevie is a gift of the gods.. Keep reading

From The Heart Of stevie...

Some reading and music through small extensions on the life and works of Stevie Wonder, that lets us know a little more their quality and generosity as a musician and person. 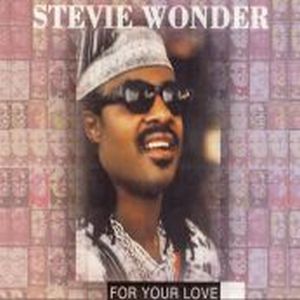 "All the gold in all the world
Is nothing to possess
If all the things that it can bring
Can't add up to one ounce of your happiness
And for your love
I would do anything
Just to see the smile upon your face..." 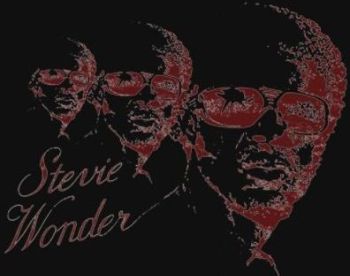 Music is a world within itself,
With a language we all understand...

The Genius Of Our Time

Singer, plus a great composer, very good producer, and multi-instrumentalist, being a musician in capital letters. Since his early childhood all his life has been linked to artistic creation of rhythms and melodies that have fluid of a mind privileged and special.

Precursor in the use of synthesizers, is the key and the cornerstone to display the soul music of today.

Thanks to his extraordinary compositions, we can find a number of versions of Stevie Wonder performed by other artists worldwide.

With his debut in the record world in the year 1962 with only 11 years old, we can enjoy a rich and varied discography that covers already several decades and fully introduced in this 21st century.

He born to be a star, with a unparalleled talent with a light strongly radiating thanks to his great capacity to excite and transmit through his music and voice. The lovers of the music we know that Stevie Wonder will always be a reference so looking at the past, living in the present, as dreaming of the future.

Biography | Discography | Videos | From the heart... | Songs | Grammys | Top Ten | Billboard
steviewonder.es ® is a registered trademark. All content © 2008-2022 by izugarria.
All contents of the site including, images, video, names, trademarks & logos, are property of their respective owners.